Thomas Strobl is Number 1 among the German Sport Directors

Thomas Strobl works like a field commander marshalling his troops.  One moment he appears to be completely calm and then suddenly he is gesturing wildly, directing from left to right and back.   A cuss word here and an encouragement there escapes as he gives succinct directions, reaches into the bag of liquorice, and then falls back relaxed.  Strobl sits in front of a mountain of monitors and makes instantaneous decisions.  He is the screen master, the image king.  The 42 year old from Austria is the most sought after director of sport programming in Europe.  He was responsible for producing the World Equestrian Games in 2006 and the Aachen CHIO 2007 for the public broadcasters.

Strobl is at once both driven and consumed by pictures.  They form his reality.  They are his means of communication.  He lives and strives for the perfect portrayal, to capture the decisive moment, or the unexpected perspective.  Strobl goes far beyond the snapshot.  He has achieved that which many before him have but attempted:  to portray the unique allure of equestrian sports through television.  To capture the beauty of the synergy between human and horse, to clearly portray the dynamism, athleticism and energy of the sport is what impels Strobl.  Whether in a car or a plane, there is seldom a moment when his thoughts are not assessing and developing new ideas, retaining some and discarding others.  He immerses himself in this new world.

If the picture is the language, equestrian sports on TV were for Strobl a foreign language.  He first approached the subject carefully as he knew very little to say about presenting horses.  Perhaps better so – otherwise he feared, as an expert, he might drown in his own soup. He prefers the view from the outside, to approach and carefully analyze the sport in its detail.  Slowly he begins to comprehend what is important, how he should portray the horse and rider, the course, and the spectators. He develops his concept, “from the inside out” as he calls it.  Suddenly the viewer receives a perspective as never before seen.  The camera, a highly modern spider-cam, flies with and allows the TV viewer to experience the ride from the athlete’s perspective.  Strobl must sell his new approach.  In a traditional sport, revolutionary ideas are not always easily accepted.  His ideas are well received.  He convinced both the powers that be and the viewers. At CHIO Aachen 2007 he received the “Silver Horse” award for his direction.  His euphoria is infectious.  He achieved success with tact, not with a heavy hand.

Early on in his life, he learned to assert himself.  At 15 he left his parents’ home in Schladming.  He was driven by curiosity.  As he once said, he wanted to know what was on the other side of the mountain.  He found out a long time ago.  He has lived in Oberbayern for the past 20 years.  He found a home there with his wife Bonny and daughter Katharina.  As a teenager he went into an apprenticeship program with the railroad in Linz to be trained as a mechanic.  Six years later he quit.  He knew that he didn’t want to spend the rest of his life with the railroad. He later landed in Vienna and became the assistant to the economist Dr. Helmut Martin Moser.  This opened the door to the academic life.  Strobl learned shorthand and English.  He got his Abitur and moved to Salzburg to study journalism, philosophy and education.  Thomas Strobl is still a thinker, dreamer and innovator   Philosophy interests him more than anything else.  After graduation Strobl tried his luck as a gastronome, even in this endeavour he developed a revolutionary concept.  His business was a combination of cocktail bar, restaurant, and television studio.  When he sold it, he finally turned toward a career in television.  He put up posters, worked as a cable man, moved up to technician and mixer, and for the past ten years has been an independent producer. Strobl has long been number one sport director for Steffen Simon, the boss of the “Sportschau”

Strobl has received many compliments in recent months.  Although he enjoys the recognition, he is not one to rest on his laurels but looks to the future.  Always the optimist, he knows that he can rely on a good team.  Some traditionalists may be startled listening to Strobl thinking out loud. So much is still possible, especially in the area of dressage. There are still so many ways possible to demonstrate the beauty of the sport and the grandeur of the horse, “the possibilities are mind boggling.” 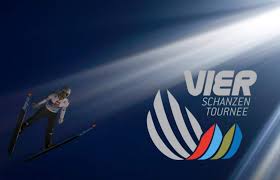 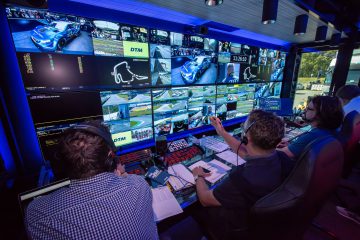 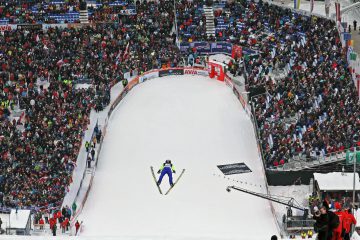